On March 1st, Casey Worrell came out & ultra sounded our yearling bulls. These bulls have been on a gain test here in the feedlot since December 4th.

Casey scanned each of the 21 bulls. Results for each animal were sent to us, which included ribeye area {measured between 12th & 13th rib}, marbling, rump fat, & rib eye fat. 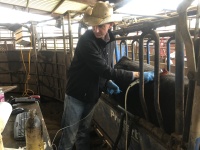 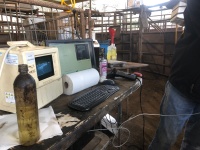 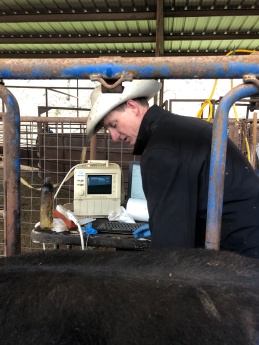 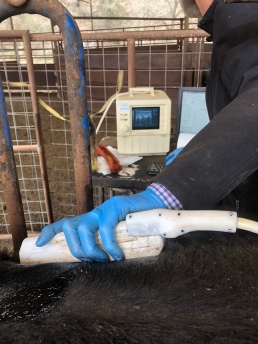 While each bull was in the chute to be scanned, we also weighed them & measured their hip height & scrotal circumference. 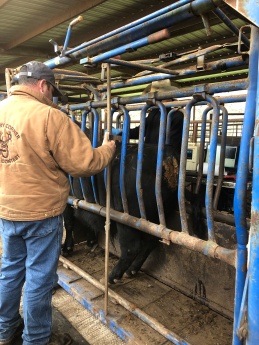 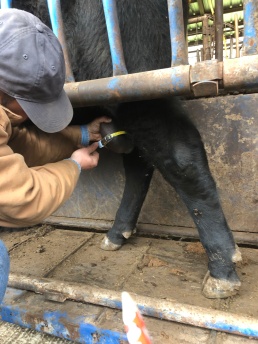 A combination of weight & hip height determine a ‘frame score’. A frame score is used to estimate the growth pattern & potential mature size of an animal. Frame scores are moderately heritable & can be used to influence the selection process before breeding.
A large frame size cow has a higher maintenance requirement than a smaller frame size cow.

The circumference of a scrotum can estimate the amount of sperm producing tissue in a bull. There is a high correlation in scrotal circumference & sperm output.

To be considered a good potential breeder, a yearling bull’s scrotal circumference must be greater than 30 cm, must have greater than 50% sperm mobility, & greater than 70% normal sperm. source: Society for Theriogenology

After looking over all of the bull data, decisions were made as to which bulls to keep & which ones to sell. We have steadily been selling the majority of these yearling bulls. 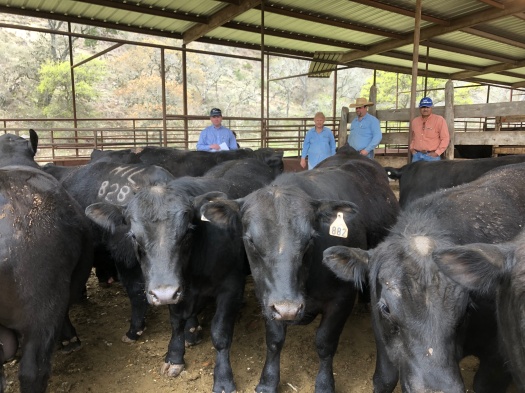 Nannies are sheared in the Spring just before kidding starts. There is still a chance of cold weather at this time. If a cold &/or wet spell hits, a shorn nanny will be uncomfortable. She will then be more likely to seek shelter for her & her kid. If she was in mohair when a spell hit, she wouldn’t be uncomfortable & probably wouldn’t seek shelter. As you can see, shearing just before kidding increases the survival rate for newborn kids if cold &/or wet weather hits.

The stomach worms are receiving signals from their pregnant hosts to begin the active portion of their life cycle. Female stomach worms survive the winter by going into a dormant state waiting for spring & laying some 5,000 eggs daily. The eggs get a free boarding pass to the fecal pellet airliners that land. They then disperse by the billions as larvae suspended in dew droplets on grass, until they are eaten by another goat giving rise to the next generation. 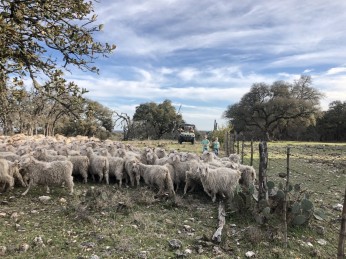 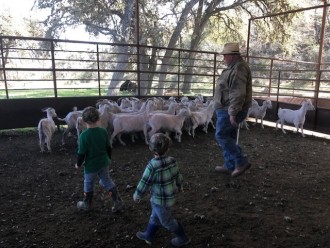 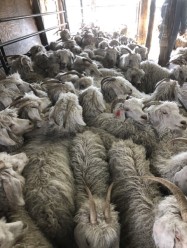 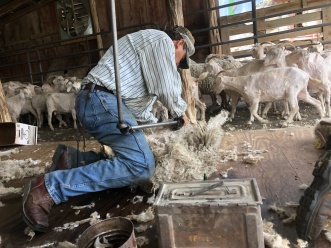 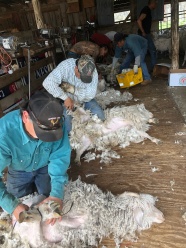 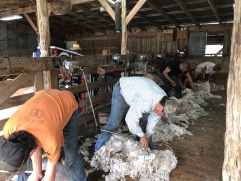 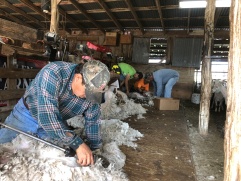 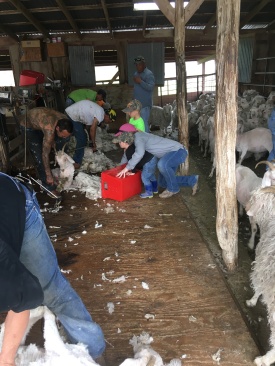 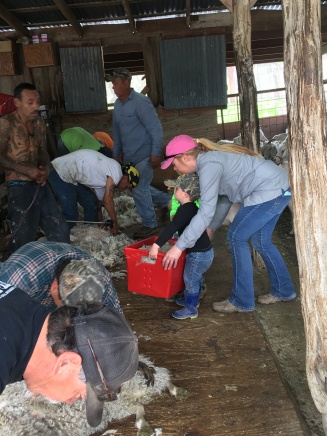 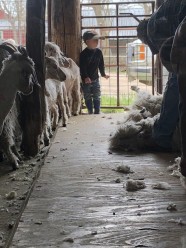 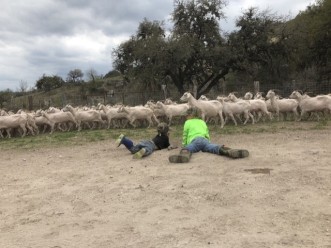